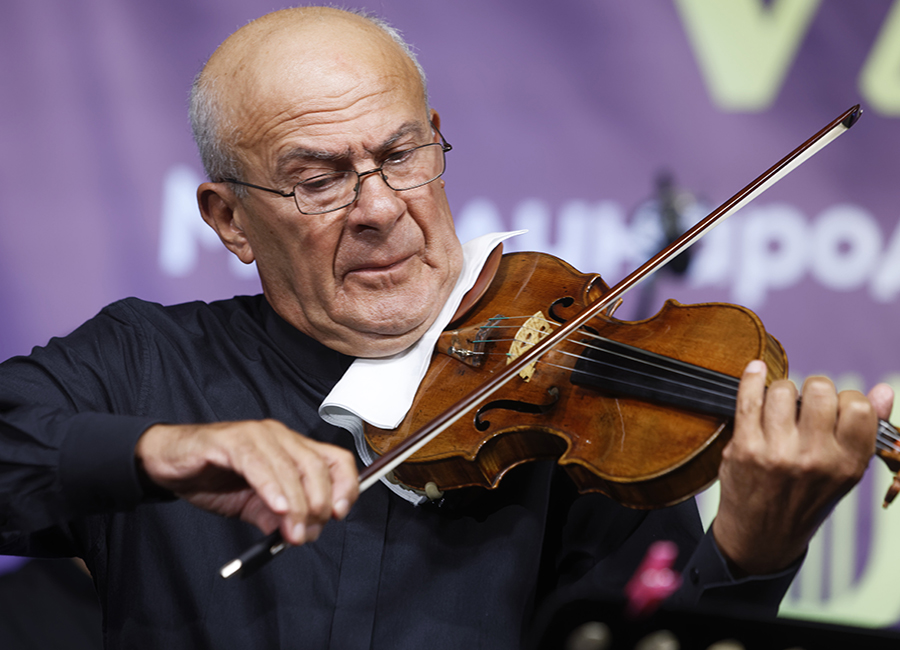 The performing art of Mincho Minchev gained an international acclaim on four continents.

Since 1990 he has been a professor at the Folkwang Hochschule in Essen, Germany, and since 2005 – a professor at the New Bulgarian University in Sofia, too. He has performed as soloist with RPO, LSO, BBC, London Mozart Players, St. Martin in the Fields, St. Goldsmith Orchestra, Radio Suisse Romana, Moscow Radio and Television, etc. He has appeared on the stage of Carnegie Hall (New York), Kennedy Center (Washington), Bolshoy Theater and Tchaikovsky Hall (Moscow), Festival Hall and Royal Albert Hall (London), Herkules Saal (Munich), etc.
He has played with many eminent conductors, among them Sir Charles Groves, Sir Nevil Mariner, Lenard Slatkin, Sir Alexander Gibson, Sir John Eliot Gardiner, etc. M. Mintchev has recorded for DECCA, Balkanton, Capriccio, Integral, WDR, Radio Sofia, Radio and Television Bucharest and Belgrade, Radio Geneva, etc.
He has led violin master classes in Mexico, Cuba, Turkey, Greece, Macedonia, Slovakia, Japan, South Korea, Australia and has been a jury member at prestigious international competitions such as Carl Flesch (Great Britain), R. Lipitzer (Italy), Yfrah Neaman (Germany), Beethoven (Czech Republic), Jugend Musiziert (Germany), etc. In 1993 he won the Musician of the Year Prize, awarded by the Bulgarian National Radio and Award for significant contribution to Bulgarian culture for 2010.