Michel and the Cristal 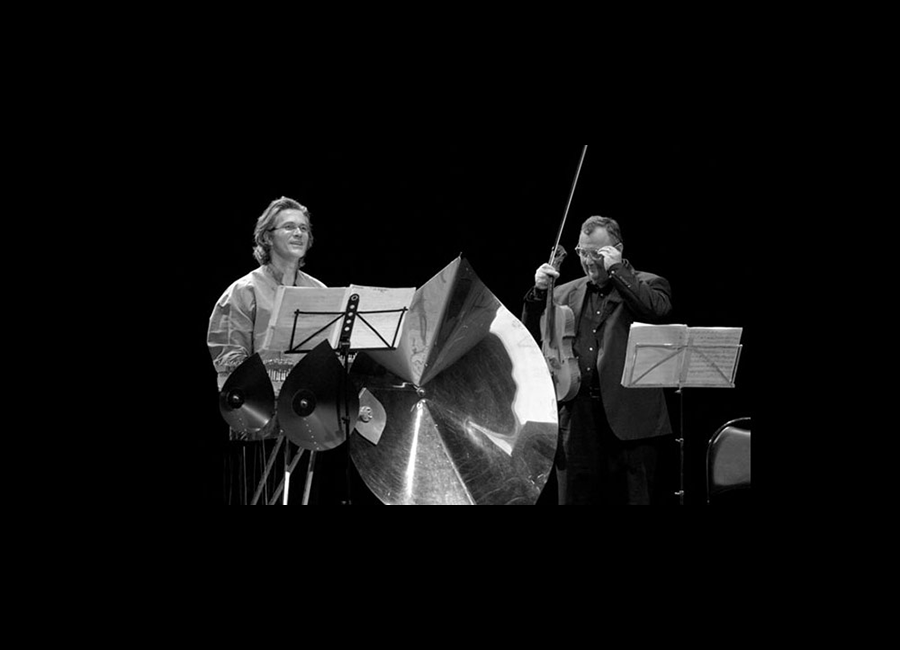 Studying and refining a playing technique to open other horizons for the Cristal, Michel Deneuve continually pushes its possibilities, seeking to demonstrate the many facets of this young instrument. He develops for the Cristal a method based on that of classical keyboards (organ, piano, etc.) and bow instruments (violin, cello, etc.). This combined technique comes from the fact that the Cristal’s keyboard consists of glass or crystal rods on which the fingers pass from one note to the next, as on any keyboard, and stroke each rod pulling and pushing, as a bow along strings.

He explores the Cristal’s possibilities by playing alongside musicians with different styles on his concert tours to other countries, sharing his music with these musicians and their instruments from all tendencies, all nationalities.

As another means to demonstrate his eclectic interests, Michel Deneuve appears in concerts with such artists as bass-baritone José Van Dam, violist Jean-Baptiste Brunier, cellist Dominique de Willancourt, as well as the flutists Philippe Bernold and Jean Ferrandis, the pianists Pascal Amoyel and Alain Kremski, or with the Fine Arts Quartet.
He has also followed the batons of conductors such as Constantin Simonovitch, Christoph Escher and Françoise Legrand.

Today, interest in the Cristal continues to grow, as much on the part of audiences who are never indifferent to its magic, as on the part of musicians who can judge the instrument’s true performance by listening to it and participating in concerts and recordings together with this instrument.