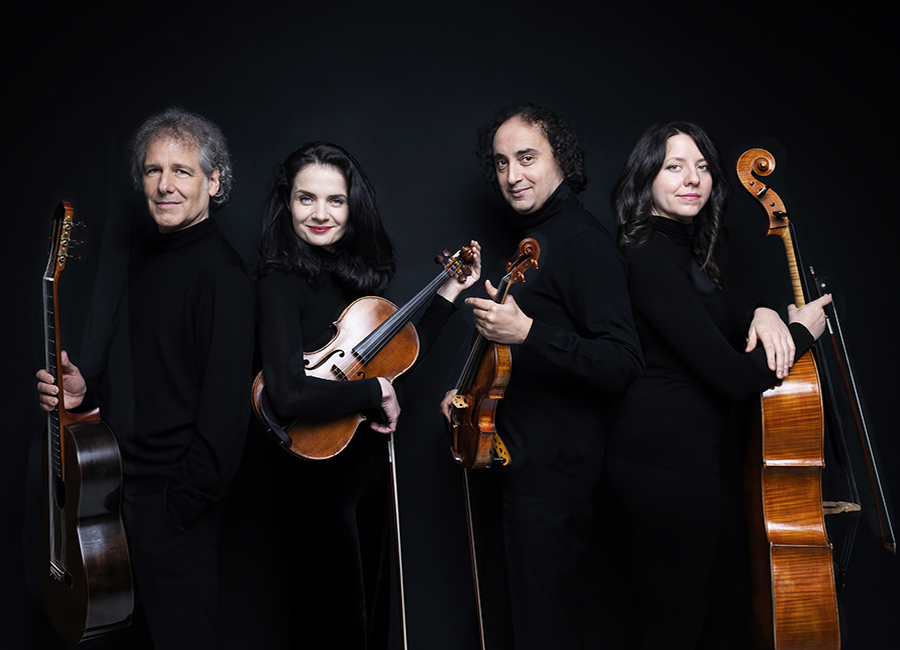 The name Niccolo Paganini is inextricably combined with the concepts of extraordinary virtuosity and intensity of the violin. And he was a man of such legendary stage presence that ladies of the audience would regularly faint during his performances. It is no wonder that the concept of the ‚Devil’s Violinist‘ comes to mind in connection with Paganini. Yet Paganini was far more than this – not only was his command of the guitar equal to his command of the violin, he also composed a body of extensive and extraordinary chamber music: 250 compositions in various instrumental combinations, i.e. solos, duets, and trios, as well as the quartets for violin, guitar, viola, and violoncello. He presented his compositions for violin and orchestra to larger audiences, while composing for the violin both solos and quartets with guitar, which were played in private concerts.

Other musicians and composers knew of Paganini’s compositions, and even the great Rossini – himself composer of numerous operas – once sighed with relief and said it was a stroke of luck for Italian composers that Paganini did not compose operas, for with his talent, he would outshine all other composers.

The “Paganini Ensemble Vienna” is committed to these rarely played (chamber music) compositions.
Indeed, Paganini’s chamber music is exceptionally demanding of the musicians who interpret it. These are not pieces composed for a soloist and accompanists – to the contrary, they demand a maximum of every instrument, be it the violin, guitar, viola, or violoncello.

The “Paganini Ensemble Vienna” has set its goal high in presenting this rarely played programme which offers unique insight into Paganini’s extensive oeuvre for the violin, guitar, viola, and violoncello. These works offer not only technical virtuosity and moments of tremendous passion, but also passages expressing great tenderness, suffering, and joy. Indeed, these emotional elements are essential to understanding the music of Nicolo Paganini, who once said „We must strongly feel to make others feel“

Mario Hossen is the founder of the Paganini Ensemble Vienna. He is a Bulgarian-Austrian concert violinist, considered as one of the leading interpreters of Paganini Music. He made his debut as a soloist with an orchestra at the age of eight. As a concert soloist of international acclaim, Mario Hossen has performed with renowned orchestras such as the Academy of St. Martin in the Fields, the Tchaikovsky Symphony Orchestra, the Bruckner Orchestra, the Orchestra della Scala di Milano, the English Chamber Orchestra. Hossen‘s musicological and artistic endeavors are focused among other things on source research on Niccolo Paganini. Mario Hossen performs on G.B. Guadagnini Violin (1749), which is placed at his disposal by the Austrian National Bank. He plays all concerts exclusively with his preferred strings, the Vision Titanium Solo strings manufactured by Viennese company Thomastik-Infeld

Liliana Kehayova, a forth generation musician, received her Master degree in cello performance in the Vienna Conservatory studying with Lilia Schulz-Bayrova. As a passionate solo and chamber music performer, Ms. Kehayova has participated in numerous music festivals & recitals throughout Europe. She performed as a soloist with orchestras such as Sofia Philharmonic Orchestra, Mitteleuropa Orchestra Udine, North Czech Philharmonic, Varna Philharmonic Orchestra, New Symphony Orchestra, Camerata Orphica among others. She has performed in venues such as Musikverein (AT), Athenaeum (RO), Rudolfinum- Dvorak Hall and Smetana Hall (CZ), Palau de la Musica Catalana (ES) & Bulgaria Hall (BG). In 2012, Liliana was honoured with the grand scholarship of the Austrian foundation “Alban Berg”.

Alexander Swete is one of the leading and internationally most sought-after guitarists in Austria. His expressive playing, sense of sound and virtuosic ease delight both critics and audiences. During his studies at the Conservatory in Bregenz with Georg Gaupp-Berghausen and at the Vienna Music Academy with Konrad Ragossnig he had already achieved great success in prestigious international guitar competitions (Havana / Cuba and ARD Munich). His international breakthrough started in 1991 after winning the 1st prize at the International Guitar Competition of Radio France in Paris, the world’s most important competition for guitar. Alexander Swete is professor at the University of Music and Performing Arts Vienna and is D’Addario Artist, playing on D’Addario Pro Arte Nylon strings. r the violin 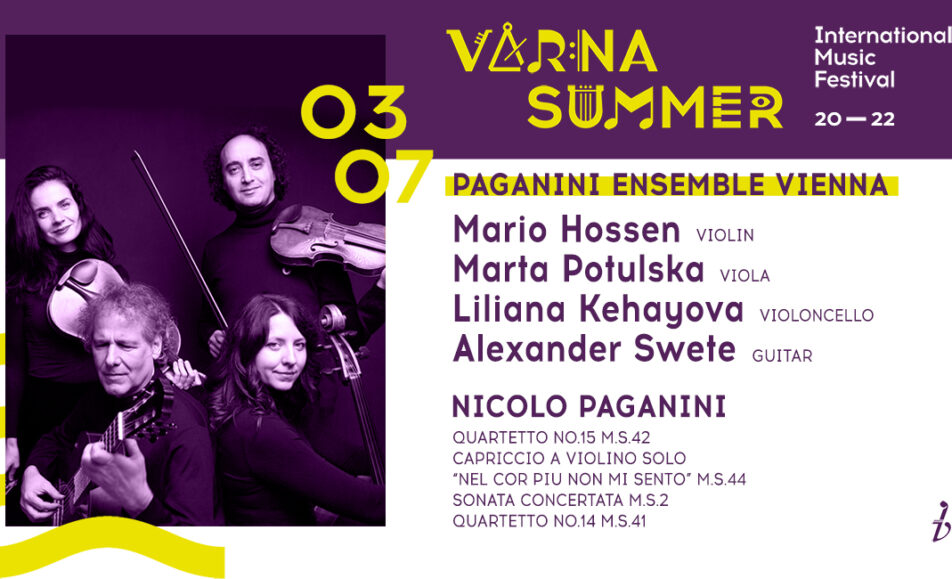