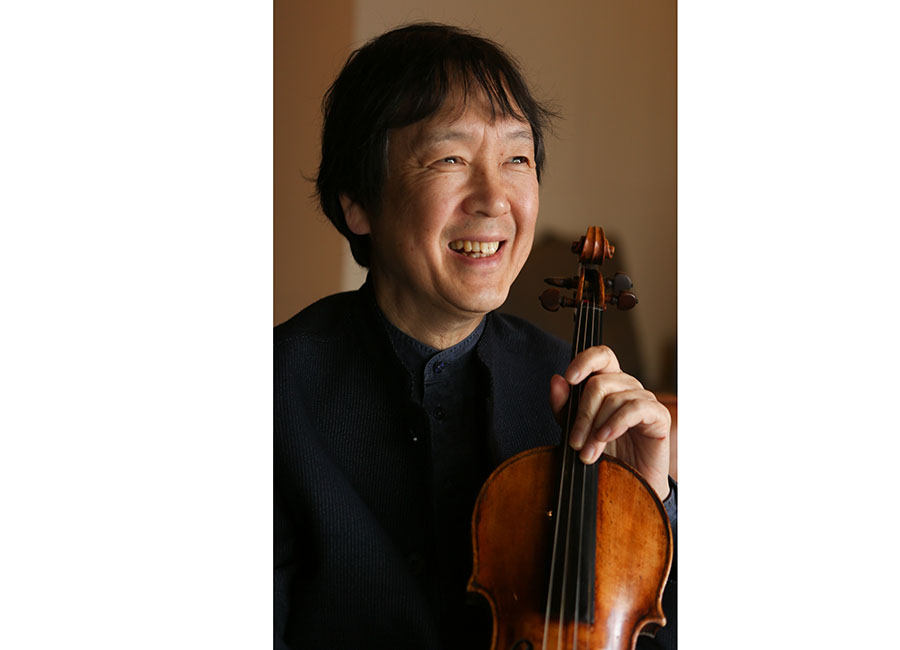 Hailed for his outstanding artistry, musicianship and virtuosity, violinist Dong-Suk Kang has performed on five continents to extraordinary acclaim. Dominic Gill, a London music critic, describes Dong-Suk Kang in his book « The Book of the Violin », as « one of the world’s great violinists. His flawless technique and perfect bow arm certainly produce one of the most beautiful violin tones to be heard anywhere today ». Ormandy, Serkin, Menuhin, Francescatti, and other eminent musicians also have praised him as one of the most outstanding violinists of his generation and a musician of the highest order.

Born in Korea, Dong-Suk Kang went to New York to study at the Juilliard School and later at the Curtis Institute with Ivan Galamian.

He first came to the attention of the American public when he created a sensation by winning both the San Francisco Symphony Foundation Competition and the Merriweather Post Competition in Washington D.C.. Following a debut at the Kennedy Center and an appearance with Seiji Ozawa, he went on to win top prizes in a number of international competitions including the Montreal, the Carl Flesch in London and the Queen Elisabeth in Brussels.

Tours of Asia have brought performances with the orchestras of NHK, Yomiuri, Tokyo Metropolitan, Hong Kong, Singapore, Malaysia, Beijing, Shanghai, KBS and Seoul Philharmonic with whom, he has toured the U.S.A. and Europe. He has also performed with all the major Australian orchestras.

He has performed at major music centers and festivals throughout the world and his concerts, such as London Proms, were frequently televised and broadcast on the radio in many countries. His strong interest in chamber music has resulted in his participation at various chamber music festivals including those in Spoleto, Santa Fe, Kuhmo, Korsholm, Seattle, Vancouver, Newport and Australian Festival of Chamber Music. As a guest artist with the Chamber Music Society of Lincoln Center he has performed in New York and toured throughout the country.

Dong-Suk Kang’s wide-ranging repertoire includes all the standard works as well as many unusual and neglected works. He has given the premiere of the violin concerto « Mistral » by Alan Hoddinott in Great Britain which was commissioned by BBC as well as the Asian premier of the the Third Concerto by Isang Yun at the opening concert of « World Music Days » Festival after having performed Isang Yun’s First Concerto earlier.

In the field of recording, in addition to the well-known works, such as Vivaldi Four Seasons (with Academy of St. Martin in the Fields), he has recorded Nielsen and Elgar concertos, complete chamber music of Honegger and Alkan, and Furtwängler Sonata.

His recordings have won critical acclaim and awards among which are the Grand Prix du disque from both the Académie Charles Cros and the Nouvelle Académie du disque. His Walton Concerto CD was chosen as the CD of the month by the Gramophone magazine and nominated for the « Gramophone Award ».

He has served on the jury for the major international competitions : Queen Elisabeth, Indianapolis, Montreal, Wieniawski, Long-Thibaud, Menuhin, Michael Hill, Sendai, Tibor Varga, Qingdao and others.

Dong-Suk Kang is the artistic director of « MusicAlp Festival » in France and « Seoul Spring Festival » in Korea.
He is also a « Chevalier de l’Ordre des Arts et Lettres », a distinction awarded by French government.