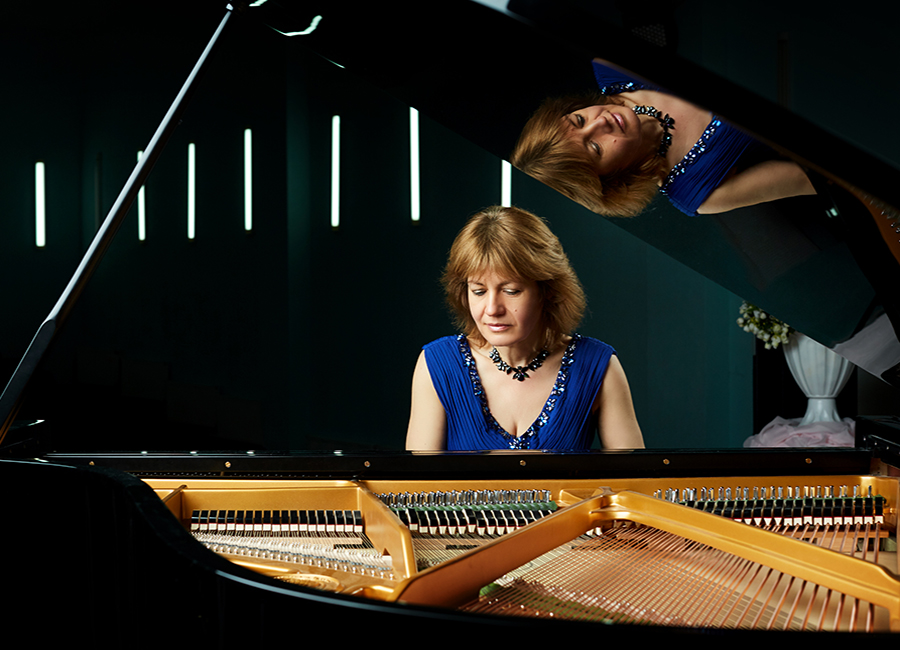 Eugenia Radoslava gave her first solo piano recital at the age of ten and her first performance with orchestra a year later. She studied piano concerto and music pedagogy at the Academy of Music in the class of Prof. A. Dikov. She also studied piano concerto with Prof. N. Flores and chamber music with Prof. A. Kouyoumdjian at the University of Music and Performing Arts Vienna and music pedagogy at the Vienna Conservatory.

She is a laureate of international competitions, played numerous concerts as a soloist and chamber musician. Her CD recordings in the series “Piano-Piano” were among the ten bestselling classical CDs in Germany in 2009.

In addition to her teaching activities in various music schools in Austria and at the University of Music in Vienna, she participated as a juror and lecturer in master classes and international competitions. As the Austrian representative of the international pedagogical organization “Art & Education in the 21st Century”, she hosts concerts and forums on several occasions, organizes benefit events and is involved in charitable projects. Her activities also include CD recordings, radio and television appearances and premiere recordings of works by contemporary composers. Her students are prize winners of national and international competitions.

In 2014, she formed a chamber music duo with Austrian saxophonist Michael Krenn, with whom she also released their first joint CD, “Fantastia”, featuring works by French composers as premiere recordings. This was received with enthusiasm by critics and was broadcast several times by various international radio stations. The duo experienced great success and participated in various international festivals.