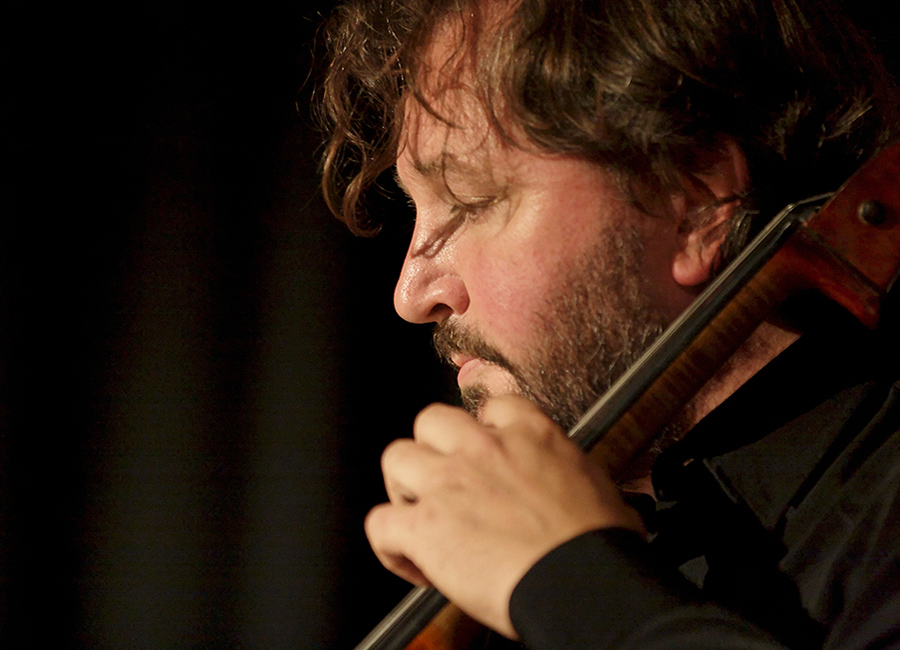 Frédéric Audibert is one of the few cellists to master all the aesthetic: baroque, classical and contemporary.

He made his debut at 17 in the Great Hall of UNESCO in Paris. First prize in cello at the Conservatoire National Superieur de Musique in Paris with Jean-Marie Gamard student Navarra, he improved with Mark Drobinsky, Maud Tortelier and Gary Hoffman. It differs in the final and semifinal international competitions Palma d’Oro, Florence, Trapani, San Sebastian, Douai and wins Turin and Rovere d’Oro.

Personally congratulated by Mstislav Rostropovich for his qualities as concertmaster at a concert with the Philharmonic Brittany orchestra, he will go with him to Moscow and Baku in cultural exchange. As part of tributes to the great master, Frédéric Audibert is invited to tell, at conferences, the various anecdotes that have marked his artistic and educational meetings with the man who will go down as one of the greatest cellists of the twentieth century.

In the field today, he worked with composers Nicolas Bacri, Thierry Machuel, Hany Fouad, Marcel-Henri Faivre, Jean-Michel Gianelli, Jaroslaw Adamus, Johan Svensson, Gérard Gastinel, Sébastien Béranger, Marcel Landowski, which he played the concerto for cello and orchestra. We could hear the ‘Festival de Radio France in a piece by Luciano Berio for solo cello and during the night of cello at the Springs festival ot the art Monte-Carlo, in a piece by Xenakis (Kottos) and Piatti (Caprices) as well as International Meetings of Beauvais in creating Sébastien Béranger for two cellos and electronic tape.
Since its création, his recital, “If I told the story of the cello? Bach to the present day” was played over a hundred times on the French music scene and festivals.

Frédéric Audibert performed several times the complete Suites of JS Bach, and the complete Piatti Caprices for the centenary of the death of Piatti in 2001.

In 2013, was released a disc of cello duo with his brother Florent Audibert, principal cello in the orchestra of Rouen : The masters of the cello compose.

Fredéric Audibert teaches cello in the Music Academy Prince Rainier III and the regional conservatory of Nice
Finally, it is the coordinator of the festival’s artistic Cello Fan for 13 years.

In 2009, Prince Albert II of Monaco Frédéric Audibert raised to the rank of Chevalier in the Order of Cultural Merit of the Principality of Monaco.