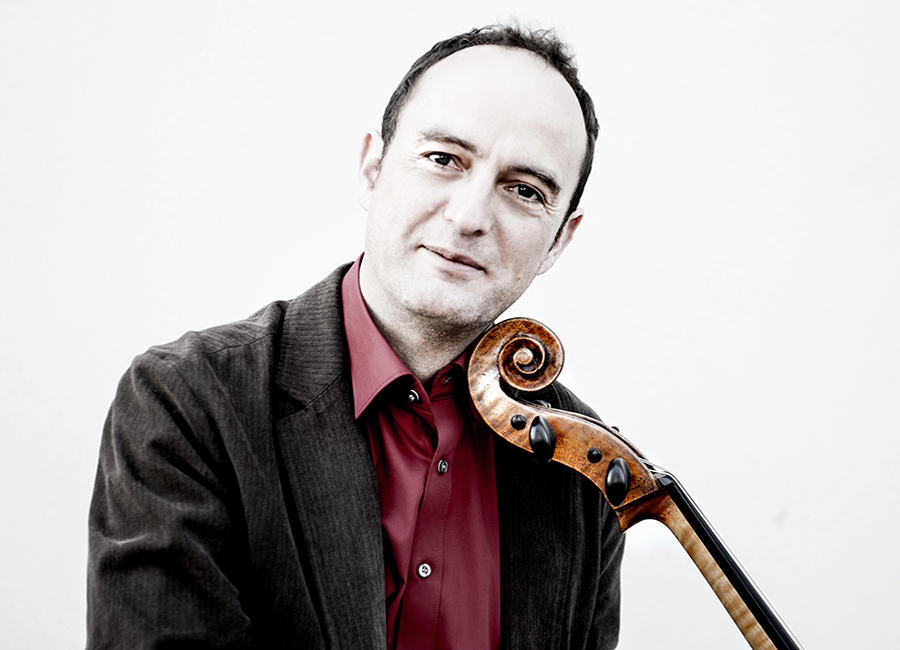 Matthias Gredler was born in Munich in 1975. Coming from an Austrian family of musicians, he received his first cello lessons from his father Edgar Gredler (principal cellist of the Munich Radio Orchestra) and subsequently studied from 1990 -1998 with Heinrich Schiff and Clemens Hagen in Salzburg and Vienna. He continued his studies with Martin Hornstein in Vienna and Miklós Perényi in Budapest 1998 – 2000.

From 1997 – 2000 Matthias Gredler studied chamber music (string quartet, piano/cello duo) with the Altenberg Trio at the Vienna Conservatory and with Rainer Schmidt at the Mozarteum in Salzburg.

Matthias Gredler received further musical impulses from master classes given by such musical personalities as Arto Noras, Peter Matzka, Claus Christian Schuster, Hatto Bayerle, Norbert Brainin, Sigmund Nissl, Martin Lovett, and Valentin Berlinsky.
His involvement with chamber music began at an early age. In 1986, together with his sister Manuela Gredler and the pianist Jakob Fichert, he founded a piano trio that existed until 1998.

During his youth he won numerous prizes, which enabled him to become active in international concert activities at an early age. Through numerous appearances at renowned festivals, Matthias Gredler became known both as a soloist and as a chamber musician.

1997 – 2001 intensive occupation with string quartet as cellist of the “Viatores – Quartet”. In addition, Matthias Gredler was the solo cellist of the “Münchner Kammerorchester” from 1999 – 2001.

2001 -2018 Matthias Gredler took over the position as cellist of the internationally renowned Vienna Piano Trio. With this trio he performed worldwide in important music centers and festivals.

Master classes, such as at the Toronto Summer Music Academy, or the International Chamber Music Academy Hohenstaufen, as well as tours in the USA, England, Europe and South America, are a regular part of his pedagogicalactivities.

Since 2018 Matthias Gredler teaches cello and chamber music at the Music School Klosterneuburg. An important focus for Matthias Gredler is the study of contemporary music. Works by composers such as Friedrich Cerha, Johannes Maria Staud, Paul Engel, Harrison Birthwisthle, György Kurtag, Michael Gredler, Thomas Larcher, and others, were premiered by the Vienna Piano Trio in recent years and some of them were written for this ensemble and its own cycle at the Vienna Konzerthaus.

Numerous recordings have received awards, including the Echo Klassik in 2010 for Joseph Haydn piano trios and in 2017 for piano trios by Johannes Brahms. Matthias Gredler plays a cello by J.B. Guadagnini from 1752