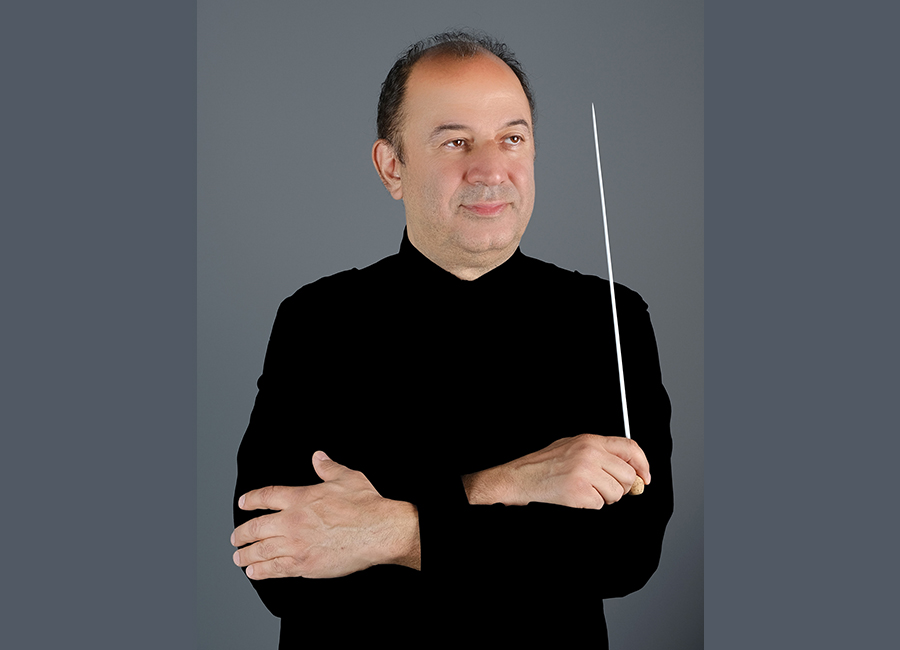 VOLKAN METE YALÇIN studied the violin with Murat Tamer at Ankara State Conservatory Hacettepe University in Turkey and earned his Bachelor of Arts degree in 1989. During this time, he also studied with Konstantin Menyhert for one year. Following his graduation, he started his career as a violinist at the Presidential Syphony Orchestra in Turkey. In 1990, he studied under Ruggiero Ricci and Denes Zgismondy at the International Salzburg Mozart Summer Academy. In 1991, he won a scholarship from the Austrian Government and studied for 4 years at the University of Music and Performing Arts in Vienna with Hertha Binder. During his tenure in Vienna, he attended Karl Österreicher’s orchestral conducting seminars and performed in Vienna Music Academy Symphony Orchestra, Danube Chamber Orchestra, and Strauss Chamber Orchestra. In 1995, he returned to Turkey and performed as a soloist with the Presidential Symphony Orchestra. He studied under Valerie Vachev and successfully completed his Master’s degree in Choral and Orchestral Conducting at the new Bulgarian University in 2012. He conducted the Vratza State Philarmonic Orchestra, Çukurova State Symphony Orchestra, and Vienna Schloss Schönbrunn Orchestra. Since 1996, he has been conducting the Vienna Walz Orchestra in Vienna and around the world in Brazil, Italy, Hungary, and Japan. In 2012 and 2013, he conducted the Vienna Schloss Schönbrunn Orchestra and Wiener Klassik Orchestra at the Side International Arts and Culture Festival in Aspendos, Turkey. Yalçın continues to conduct in his home country and around the world.