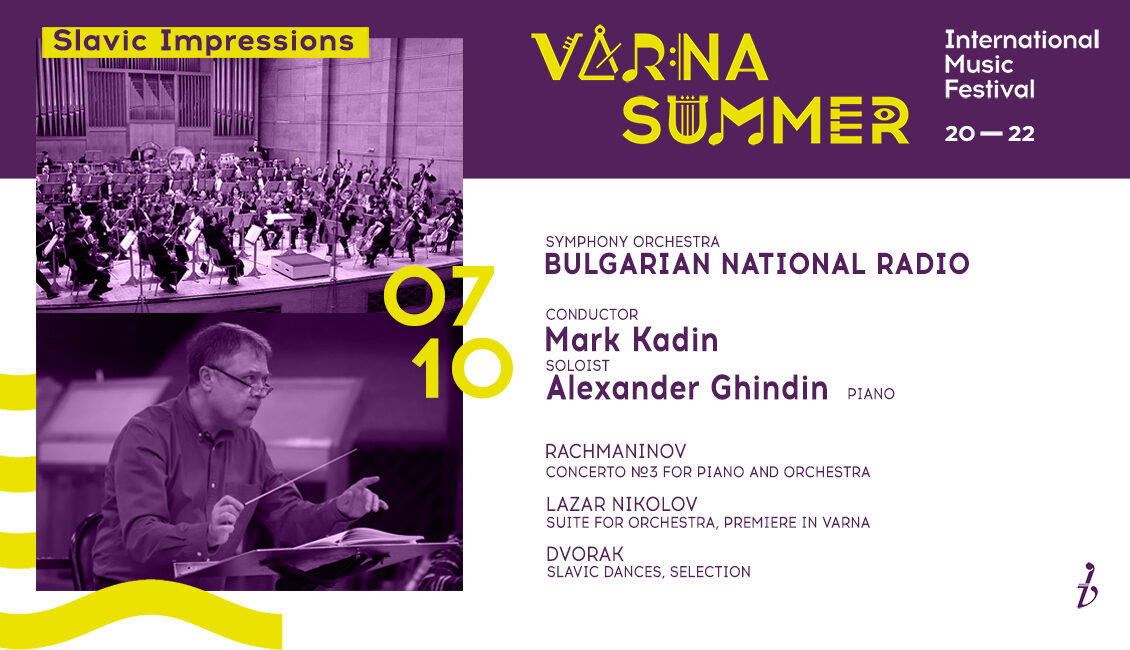 The audience will have an excellent opportunity to hear one of the most often performed works by Sergei Rachmaninov – Concerto N3 for piano and orchestra, interpreted by an exceptional pianist on 7 October in the Festival and Congress Centre in Varna.

The pianist Alexander Ghindin from Russia will be the soloist of the Symphony Orchestra of the Bulgarian National Radio conducted by Mark Kadin. Ghindin is one of the favourite contemporary interpreters of both the critics and the audience. He won the International Tchaikovsky Competition for pianists in Moscow when he was only 17, and until now remains the youngest musician who has been awarded the top prize. With a number of awards from major competitions, Alexander Ghindin has started an active career of a soloist, while making numerous recordings all over the world. He has been invited to the jury of various competitions and is the Artistic Director of his own series of unique concerts for two pianos or piano and organ in Svetlanov Hall in Moscow.

That is the latest programme of the conductor Mark Kadin and the Symphony Orchestra led by him, which will win the sympathies of both the connoisseurs and the widest music audience in the maritime capital of Bulgaria. The 100th anniversary of the birth of Lazar Nikolov will be celebrated with a premiere performance for Varna of his Suite for Orchestra. The finale will be with a selection from the Slavic Dances by Dvorak.