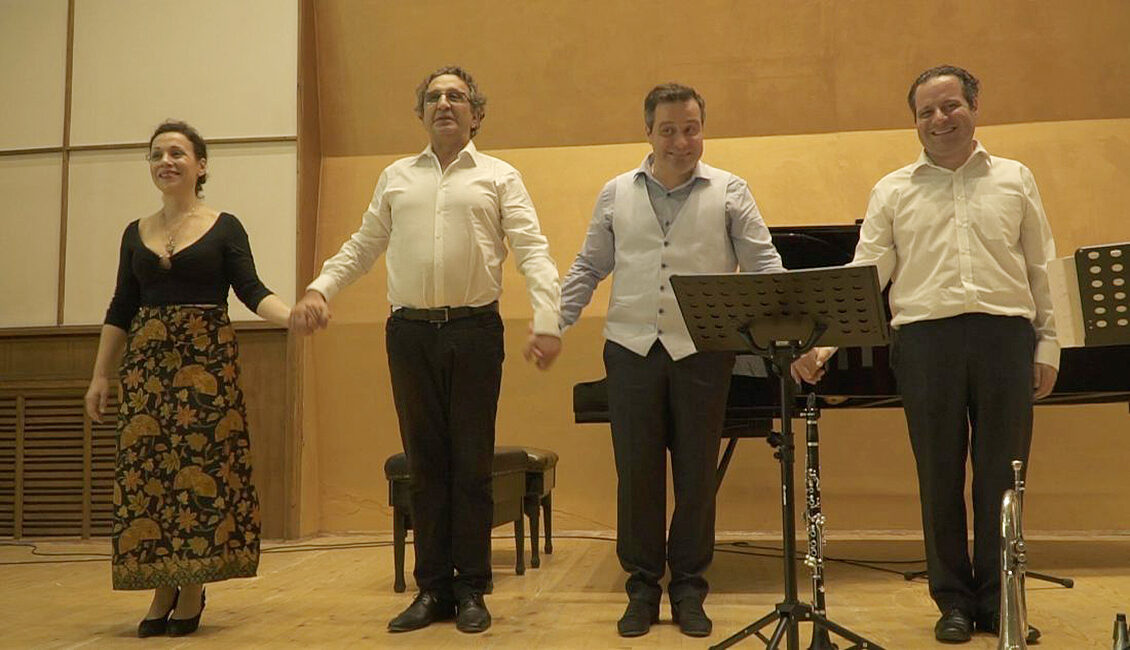 The heirs of the great Bulgarian composers Pancho Wladigeroff and his son Alexander Wladigeroff present a film and a concert dedicated to their work. Three generations of musicians, classical music, jazz and memories.
Ekaterina, Alexander and Konstantin were born in Sofia in the family of Alexander P. Wladigeroff (1933-1993) and Velichka Chobanova – Wladigeroff.

They took their first steps in music under the influence of the artistic spirit in this home.
Ekaterina graduated from the Academy of Music in Sofia and the University of Music and Performing Arts in Vienna with degrees in piano, choral conducting and chamber music. She has performed numerous solo concerts and chamber music projects.

Alexander and Konstantin are graduates of the Jazz Department at the Vienna Conservatory.
In the last ten years, the Vladiger brothers have released five albums of their own compositions.
Presented in collaboration with Art Office Foundation.